Menu
No products in the cart.
HK$0 Cart 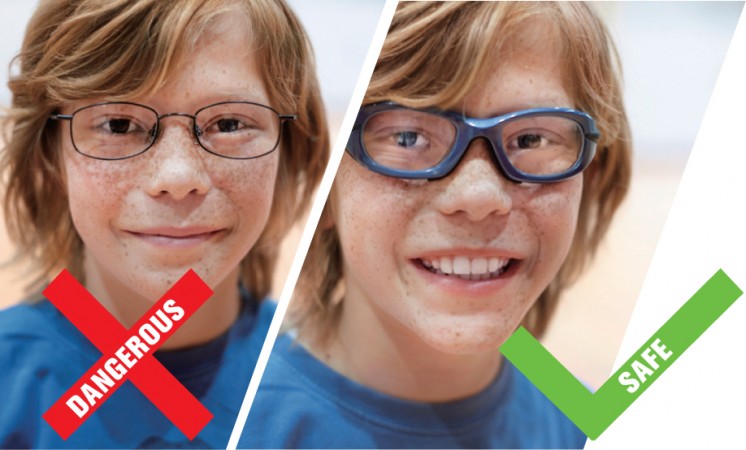 Sports Frame instead of Everyday Frame

What’s good for the classroom is not always right for the gym or field.

‘It’s certainly the most graphic thing I’ve ever seen on a basketball court.’

A New Zealand basketball player is expected to make a full recovery after his eyeball popped out of its socket in a scuffle during a game.

Breakers forward Akil Mitchell collapsed after the finger of an opposing player poked his eye and dislodged it.

Players from both teams recoiled in horror when the extend of Mitchell’s injury was revealed, before helping him off the court in Auckland on Thursday night.

Medics rushed to Mitchell’s aid and were able to slide the eyeball back in.

The 24-year-old told New Zealand’s Radio Sport: “I could still see out of the eye.

“I remember thinking oh man… this is kinda bad, but I actually felt it kind of out of place and that’s when I kind of freaked out a little bit.

“Once I got in the ambulance they gave me a little pain medicine and some saline drops in my eye and I felt it slide back into place, which is also a really strange feeling.”

Despite his initial fears he would lose his sight, Mitchell is expected to make a full recovery and return to the court soon.

Mitchell has tweeted his thanks and shown his sense of humour about the incident, using a googly-eyes emoji before joking: “too soon?”

Get Updates And Stay Connected -Subscribe To Our Newsletter

Wanna visit us and see our products?